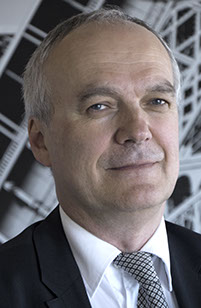 In 1991 Patrick Jeanneret left external tax consulting to join Reuters HQ for Europe Middle East and Africa in Geneva as tax manager. Over the ten years he worked with the Reuters group he expanded considerably his experience in international tax matters and travelled frequently throughout Europe and Africa.

During his Reuters times, he was responsible for all Swiss tax matters with up to fifteen legal entities among which the main holding company of the group as well as the main trading company of the group active in more than 100 countries and with 5 branches in Switzerland. He also worked on significant reorganizations of the group structure as well as the implementation of new transfer pricing models. He managed significant tax projects such as the set up of the group structure in Moscow between 1992 and 1996, the amendments of the existing structures in the Benelux countries, the Baltic States or in South Africa and Ivory Coast. Patrick Jeanneret was also Board Director of Reuters Online SA for four years which was the most important e-commerce company of Reuters group at this time. In addition he was member of the Executive Board of the Swiss pension fund entity for five years. He was also part of the Working Party for Electronic Commerce set up by the Swiss federal tax authorities in the context of the tax reforms planned by the OECD.

Patrick Jeanneret joined the world HQ of Nestle in Vevey in 2002 where he spent more than four years as Swiss and International General Tax Counsel within the tax department and member of the Management Conference chaired by Nestle’s CEO. He was responsible of Swiss taxation as well as for the tax consulting of the sizable investments of Nestle in the pharmaceutical industry (Alcon, Galderma) and in the cosmetics (L’Oréal) as well as the JV with Coca-Cola.

During this period he has worked extensively at the preparation and achievement of an Advanced Pricing Agreement (APA) between Switzerland and Japan and participated actively to the launching of another APA between Switzerland and the USA. He also performed significant tax analyses in the intellectual property (IP) area and worked for the set up of an R & D Cost Sharing Agreement. At last, he reviewed all the tax implications for Nestle group of the shareholding reorganization of L’Oreal in 2004.

In 2006, the GEM group, founded in 2004 by Benedict Hentsch and Robert Pennone, proposed to Patrick Jeanneret to come back to the external tax consulting by becoming the managing partner of the Cabinet Fiscal Dégafo SA in Lausanne which GEM just acquired.

In 2007 Patrick Jeanneret left this organization which had a too preeminent banking character, preferring to focus on independent tax consulting in his own structure which would enable him to offer in a personalized environment all the necessary competencies acquired along many years of significant professional experience.

Patrick Jeanneret has also edited an introductory tax course he lectured at the professional commercial school of Nyon from 1986 to 1991 and then was lecturer to several tax seminars of the HEIG-VD (Haute École d'ingénierie et de gestion du canton de Vaud) in Yverdon, at Forum 187 in Brussels or at the Leader Circle of Ernst & Young. He was expert for the final exams in taxes at the HEIG in 2006.